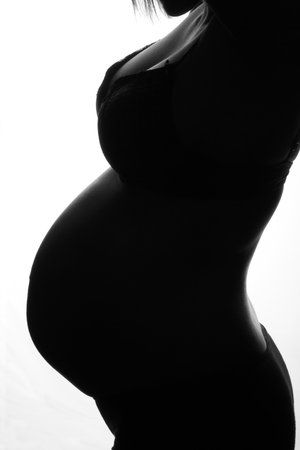 It’s the question many uterus owners get asked and whichever way we answer, are scrutinised for it: ‘So, when are you having children?’

Having children is something many of us do and want. Many of us want to have kids, be them our biological children, adopted or fostered, with our partners or as single parents etc. And I’m lucky that most folks I know respect someone’s choice whether or not to have kids. However, throughout history, and still runs strong today, is the expectation, particular on women or people with a uterus, to procreate.

Now, I’m not saying everyone who asks you if you want kids expects you to. It’s one of those questions often asked, as many of us were brought up in backgrounds where that was a given. First comes love, then comes marriage, then comes a baby in the baby carriage, right? However, we see all too often, women in particular, getting shamed for holding off on or not wanting children at all. It’s not uncommon to be called selfish and uncaring, or that they’re not ‘complete’ until they have a baby. Personally, I find this not only insulting to begin with, but insulting to the many people and couples who can’t have children and would do anything to have a family of their own.

On another note, there are people with uteruses who are transgender men or non-binary, subjected to this treatment albeit in a different way. For example, transphobia they regularly face, being treated either that they shouldn’t have children at all because they are trans, or to do so solely with regard to the organ itself, to ‘make yourself useful’ to bear a child. Again, there is no regard for the person themselves or their autonomy, merely the organ that plays a part in creating another human.

I’m not against having kids. If that’s what you want, then I wish you every health and happiness in doing so. Nor am I saying outright that I don’t want children either. I may well do in the future. But I despise being reduced to the notion that my sole purpose and worth in life is down to how many babies I push out of me. That to some, everything else in my life means nothing if I don’t have at least one baby.

There are many things, such as our careers, our interests, our families, how we take care of ourselves, wanting to learn more about the world and advocating for equal freedoms and protections of marginalised people etc. that can all be equally, or if not more fulfilling, than having children.

This very expectation often negates the choice we have about reproduction. The choice to say yes or no. We see many counter arguments to putting the choice exactly when we want kids, if at all, in our own hands.

But don’t you just feel empty without a baby in your life?

But women are natural nurturers. Don’t you want to nurture something?

But this what women are designed for!

The last one in particular grinds my gears and in certain circumstances, sends an icy chill down my spine. It’s an argument I see used all the time. This is what you were designed for. Nature gave you a uterus so you have to use it, or that God has designed us this way so we have to. No matter the approach, the outlook is still the same: that we have to.

It reminds me of a scene in the 1990 adaptation of The Handmaid’s Tale where a woman fights back during prayers in one of the centres Gilead (a fundamentalist Christian state in power after overthrowing the USA) uses to train Handmaids (aka, fertile women who have been kidnapped and/or taken and forced to bear children for the Commanders and their Wives) and is being dragged away by the Aunts. Amongst the screaming, you can here one of the Aunts clearly shout, “Why do you think God made you a woman?!” As well, the clip of a church being raided and nuns being forced on to one of Gilead’s buses transporting fertile women, while one begs them: “You can’t make me break my vows!” Just that scene of a few seconds I found incredibly chilling.

While this is a very extreme depiction of what can and has happened (all the details in Margaret Atwood’s bestseller actually happened at some point in history) myself and many others with a uterus see very unsettling parallels. Recently in the form of restrictions on abortion laws and birth control in the USA (despite birth control being used for many other reasons than to prevent pregnancy), in particular by religiously fundamentalist individuals.

For example, the proposal of a bill in Ohio to ‘re-implant’ an ectopic pregnancy into the uterus (something medically impossible and could outright kill the mother/parent) with the acting physician facing 15 years to life in prison for what they called ‘abortion murder’. As well, the proposal by a Texas lawmaker to sentence people who have abortions to death. This is only the tip of the iceberg when you look at effects of religious fundamentalism, abstinence-only-until-marriage education and purity culture. The parallel from the speculative fiction to real life is very unnerving. No matter what anyone calls it, it is forced childbirth.

I am a massive advocate for comprehensive sex education. Not because I want to fuck everyone I see, despite what the aforementioned individuals may believe. Besides even if I did, that’s my business. But because I believe education is important, especially when it comes to sex. The more you know about sex, contraception, STIs, pregnancy etc. you have more tools to keep yourself safe and use preventative measures. While no one form is completely 100% effective, it’s better than nothing at all.

My take is the argument of ‘teaching people more about sex will make them want to have sex more with anyone and everyone without any consequence’ is the equivalent of saying that if you drive while wearing a seat belt, it’ll make you want to drive dangerously and crash your car. The other argument is that people will just have unprotected sex and get an abortion willy nilly.

Before I miscarried in 2018, the thought of abortion crossed my mind as I was having symptoms that strongly suggested I was pregnant, before my next cycle was due to get a test done. At 23, having just had breakdown after my Grandfather died, there is no way I would have been able to look after a baby, but the thought of an abortion was just too heart breaking. Trust me, it’s not a decision someone makes on a whim. Then when I miscarried shortly after, that was heart breaking in and of itself.

If not using birth control and waiting to have sex until your married is your thing, then that’s fine. If you’re devoutly religious and against abortion for yourself? Ok. Hey, I believe in a God too, we’ve got something in common! As long as it’s not hurting anyone and you’ve chosen that for yourself, you do you, boo! But that doesn’t give someone the right to restrict access to birth control someone may need, access to an abortion, or forcing someone to have a child. Nor does it give me the right to stop you saving yourself for your future spouse and having a massive family if you want to.

That’s the whole point behind comprehensive education and sex positivity: our autonomy to choose what is best and safest for us. So stay safe and remember whether you want to have kids or not, your autonomy matters.

3 thoughts on “My job is not solely to reproduce”