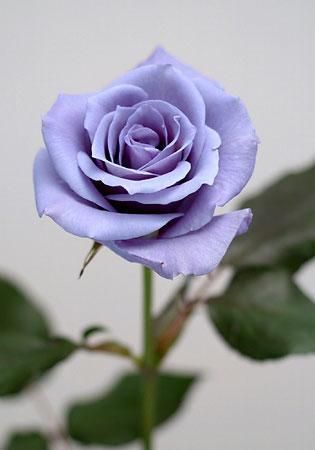 Around the holiday season is a weird time of year for me. Or only weird because a part of my mind makes it so, and I’m trying my best not to do that. I know this prompt is a week late, so apologies if you’re looking for a travel related prompt. However, the following can apply to that as well, because anxiety manifests in many ways.

For those of you who don’t know, I’m back working at my regular vanilla job, freelancing in between projects. I’m working over the Christmas period, my first time doing this job over this time of year since my Grandfather died and I had my mental breakdown.

And as you know, that became a time when I started binge eating. To make the anxiety in my head shut up. I’d suddenly feel faint, because of all the anxiety, stress and grief. I can’t faint if I know I’ve had more than enough to eat, right?

This was an incredibly destructive period in my life. I wasn’t coping well at all and it got to the point where I couldn’t function in day to day life. I was nearly throwing up multiple times a day because of the binging, and I felt I had no time to process anything that was going on around me.

While I’ve come a long way since then, medication helping with anxiety and taking better care of myself, recovery is a long road. And with our brains associating two things together, even with all the rational thinking in the world, I’ve been feeling some old demons coming back to bite.

What if it isn’t enough and I pass out?

That’s the source. Fear. As what happened in Edinburgh shortly after my grandmother passed away (the beginnings of me having what was officially diagnosed a few months ago as IBS) similar feeling arose after my grandfather’s death.

It’s a weird thing. When you know deep down you’ll be fine because you can rationalise, but the anxiety in the back of your mind is running around screaming like a headless chicken.

Honestly, I didn’t even want to write about this. I didn’t want to give it the air time (or writing time, depending on how you look at it) but the last few days I felt writing down my old anxieties might help.

To those who haven’t experienced anxiety and/or disorded eating, it might sound a little silly. Just eat when you’re hungry and stop when you’re full! I know. And I do most of the time. But having one stint is enough to leave you feeling scared that it might happen again.

Kind of like when you have a really bad panic attack and you’re in that after-period of, “What if it happens again?” It takes a fair amount of rationalising and convincing you through that scared feeling that the danger has in fact passed.

But also with disorded eating, binging, anorexia, bulimia etc. it takes a daily, weekly, monthly etc. battle to tell that fear-mongering voice in the back of your head to fuck off.

Like in the film To The Bone with Lily Collins where she’s going through rehab for anorexia. While I can’t account for the entire film as I’ve not seen it in its entirety, there is one scene I have seen that hits the nail perfectly on the head when it comes to disordered eating and other facets of mental health.

Keanu Reeves, who plays the doctor treating her and a group of other young people in recovery. When she tells him she can’t stop no matter how much she tries, he tells her in a wonderfully frank manner: “Yeah that’s bullshit. That voice that tells you you can’t. Every time you hear that voice I want you to tell it to fuck off.” Before shouting the sky in front of everyone: “Fuck off, voice!” To which then, the other people with them shout the same or something similar.

With me speaking with the support network around me, they have all said the same thing. That I’ve come a long way since then and they know deep down that I won’t slip into full-scale binging again, even if there have been a few times of late where I have slightly overeaten out of the fear aforementioned.

I know it’s completely irrational and they reinforce that. All their advice comes down to the same thing: every time you feel that doubt and that voice, tell it where to go. Let it have it’s fun dancing around in your head, having its little hoorah, but don’t take any notice of it. It’s there to try and scare you. That’s all it is. It’s a little puppet trying to scare you but show it up for what it is, it can’t have any hold over you. It can try, but every time you show it up for what it is. A pathetic little thing trying to bully you. Stand up to it like you would a bully.

It boils down to the same thing: When you hear that voice, tell it to fuck off.

So here’s mine, and I’ll be saying it every time I feel that anxiety nipping away at me when it comes to food over the next few weeks.

Fuck off, voice. Fuck off.