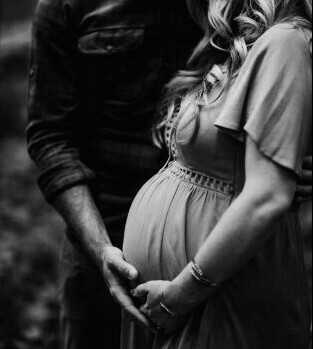 Last night I had a nightmare. Aside from the dream not making much sense in terms of logistics (subconscious and all) the plot goes as so: I dreamt I found out I was pregnant and decided I couldn’t continue with the pregnancy due to a myriad of circumstances.

I was keeping this private, as it was my own business, and someone I trusted in confidence, had an ulterior motive and blabbed to everyone. A group of said people proceeded to harass and bully me for deciding to not have the baby or give them for adoption.

No matter how much I tried to explain my thought process and reasoning, they wouldn’t hear it. How could I consider that? How dare I when it was my own fault that I was pregnant? I’d made my bed, so I could lie in it.

In this dream, I knew I had used protection, but obviously it had not worked. This happens a fair amount to people where their chosen method of birth control fails. I am fully aware that pregnancy is a risk attached to sex no matter how much protection you use. No method is completely 100% effective.

Also as a little side note, I determined in this dream I was around two weeks pregnant.

I am pro-choice when it comes to matters such as birth control and abortion. My perspective is if you are against abortion then not to have one. Simple as. Criminalising abortion doesn’t make it go away, it only leads to dangerous methods from backstreet abortionists where many women die as a result.

In this dream, I had decided I couldn’t continue with the pregnancy for a number of reasons. My circumstances were incredibly poor and I wasn’t able to support a child etc. It was an unplanned pregnancy where the father in this dream, upon telling him, was disgusted with me as if I had duped him in some way.

I can’t imagine what this must be like for people who go through these circumstances. It was horrible for me and that was a few hours of my REM cycle. So IRL, I can’t possibly imagine it.

Now, when I say pro-choice, I don’t mean pro-abortion. In the discussion surrounding this, these two often get conflated. I am not pro-abortion. That’s not a situation I, or I’m sure anyone for that matter, wants to be in. I am pro-choice for people making their own decisions depending on their circumstances.

When I miscarried, and subsequently found out I was pregnant (early miscarriage where this happens to a lot of people) immediately, I felt that unbelievable strong bond between mother and child. Even though I was in no way fit or ready, the thought of abortion was out of the question. ‘Clump of cells’ or not, that was still my baby.

That is how I reacted though, and gives me no right whatsoever to tell somone else what they should or shouldn’t do.

Could I if, God-forbid, it happened again? I don’t know. I sincerely hope not. Reason being, that it would mean the contraception failed again like last time. I can’t go through that again, and on many occasions, it’s made me seriouly consider saying no to having children altogether, when the time comes for me to decide.

I see so many anti-abortion arguments that paint those who have them as people that just can’t be bothered to wrap it up or just ‘keep their legs closed’ as it were. It’s really not like that.

Since miscarrying, having the odd pregnancy related nightmare has happened more often than before. Before it was from insecurity. After, it’s come from genuine fear.

It’s not really something I see talked about and wonder if this happens with other people.

Either way, even though it doesn’t happen often, it’s no less unpleasant when it does.

12 thoughts on “Too close to home”